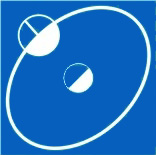 The electronic self-terminator TE1 is used for starting the МТТ9 anti-hailstorm missile and activating the self-termination charge after a specified period of time. The memory of TE1 contains data for its serial number, including year of production, lot number and number in the lot. The device has the possibility for testing the condition of the electro fuses of the engine and the self-terminator.